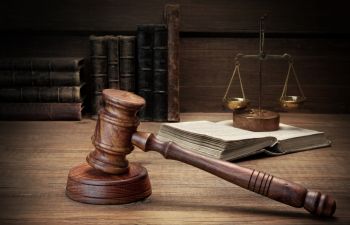 You will typically have two years after the date of an injury to pursue a defective product personal injury lawsuit. Claims that are filed after this time period are generally dismissed. This is not written in stone, however, as there are certain exceptions.

The statute of repose in Georgia is designed to place limitations on how long an injured party has to file a lawsuit. Typically, lawsuits related to product liability must be filed within ten years after the product was sold. Exceptions to the statute of repose may include:

Although you may file a claim outside of the two-year time limit, the Law Offices of Dwayne L. Brown recommend pursuing a claim sooner rather than later. Time is of the essence when it comes to gathering evidence after an injury due to a defective product. Missing the filing deadline will potentially end any hopes of receiving the compensation you deserve for your injuries.

There are different types of damages that may be awarded in a defective product lawsuit. The two main categories of compensatory damages are known as “special damages” and “general damages.”

If losses can be calculated with a specific dollar amount, they are considered special damages. Medical expenses, loss of earnings and damage to property may be included in special damages. These damages may refer to losses that resulted in both past and future expenses. That means you could potentially recover future earnings if you are unable to return to work.

Intangible losses, or general damages, are those losses that cannot be easily calculated to arrive at a specific dollar amount. If you suffer from things like anxiety, depression, fear or mental anguish, you may receive compensation for your pain and suffering. There are a number of factors considered when attempting to calculate general damages.

The specific circumstances in which punitive damages may be awarded under Georgia law, apply if:

“[I]t is proven by clear and convincing evidence that the defendant’s actions showed willful misconduct, malice, fraud, wantonness, oppression or that entire want of care which would raise the presumption of conscious indifference to consequences.”

Under Georgia law, there is no cap on the amount that can be awarded in compensatory damages. There is no specific cap on special damages, but plaintiffs typically receive an amount equaling what was lost and what will be lost in the future. Damages for pain and suffering are not capped under Georgia law due to the intangible nature of such suffering and, by extension, the difficulty in assigning a specific dollar amount.

To learn more about time limits and the type of remuneration you may be awarded in a defective product lawsuit, arrange a consultation with a lawyer from the Law Offices of Dwayne L. Brown.