Trip to Store Ends in Tragedy for DeKalb County Man 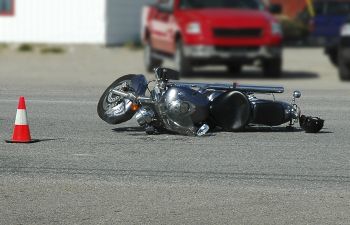 On July 20th, James Walker embarked on a normal journey to complete a mundane task. This journey would end up affecting the lives of Mr. Walker and his loved ones, potentially for years to come.

As his own vehicle had recently broken down, Mr. Walker elected to get a ride to the store that day on the back of a scooter with a friend. While near the intersection of Moreland Avenue and Henrico Road, the scooter that Mr. Walker and his friend were riding was clipped by another vehicle.

The collision caused the scooter to crash. Mr. Walker was taken from the scene with bleeding on multiple spots on his brain and several broken bones. He is currently in a medically induced coma, and his family are concerned that he may not pull through. His friend also suffered severe injures and is believed to be in a critical condition.

The driver of the other vehicle that caused this incident fled the scene, with no concern for the two men he had left with critical injuries. The office of Dwayne L. Brown echoes the statement of the police, that anyone with any relevant information should contact Crimestoppers as soon as possible.

A hit and run accident, such as that which involved James Walker, can have a devastating impact on any victims and their families. Concerns like medical bills, time lost from work and an extensive recovery period can impact your finances and peace of mind long after the incident occurred.  Because the perpetrator may not have been identified, it would be easy to think that there is no recourse for the victims. This is not the case.

Dwayne L. Brown Law Offices have the resources to help locate the perpetrators and hold them liable for the injuries they have caused. Utilizing eyewitnesses, traffic camera recordings and any other evidence may help locate the offender and bring them to justice.

As documented in the case of James Walker, the injuries suffered from a hit and run accident can be much worse than a few scrapes and bruises. Injuries could include broken bones, paralysis, traumatic brain injury, coma or even fatality.

While Dwayne L. Brown Law Offices sincerely hope that James Walker and his friend recover fully, unfortunately, many others do not survive their injuries. Preventable fatalities can lead to wrongful death claims.

Wrongful death claims are usually filed when criminal charges do not reach a guilty verdict, or criminal charges are not filed. At Dwayne L. Brown Law Offices, we appreciate that no sum of money can make up for the devastation of losing a loved one.

However, a wrongful death claim can hold those responsible to account for their negligent actions. The claim would seek to recover damages for funeral costs, loss of income and medical bills. In some instances, an award can be made for the pain and suffering caused to the bereaved family.

Catastrophic injuries may result in permanent disability or a long and painful recuperation period. This can have a huge impact on the individual, their family’s happiness and quality of life. Dwayne L. Brown Law Offices could assist in filing a claim for lost income, medical bills and therapy costs.

We sincerely hope that the perpetrator of this collision comes forward, or that anyone with pertinent information contacts the authorities. If you or your family have been affected by the results of a hit and run, do not hesitate to contact our Atlanta or Montgomery offices today for a free consultation. We are committed to helping you fight for the compensation you deserve.