The Benefits of Wearing a Seatbelt 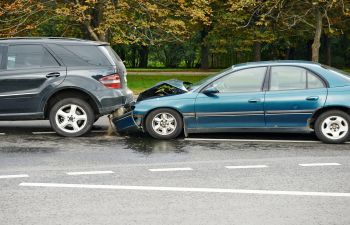 There are still a large number of people who do not wear a seatbelt, whether as a driver or passenger in the vehicle. However, the statistics show that wearing a seatbelt can mitigate the risk of a crash-related fatality by 45%. That means thousands of lives are saved each year, simply because those people chose to take advantage of this built-in safety device.

If you are wearing a seatbelt, you have less chance of being ejected from a vehicle. Up to 75% of drivers who are ejected from a vehicle will not survive the accident. Moreover, wearing a seatbelt will also reduce the chance of suffering contact injuries from within the vehicle. Nobody wants to bear the responsibility of causing another passenger’s injuries because they didn’t wear a seatbelt.

Overall, the chance of suffering injuries when wearing a seatbelt during an accident is reduced by around 50%. That is a significant figure when the number of potential injuries a person may suffer in a motor vehicle accident are considered.

A seatbelt is not a guaranteed safety device. When one or more vehicles collide, the likelihood of multiple parties suffering injuries is high. Seatbelts are designed to distribute force as evenly as possible over larger areas of the body during a crash. This will generally result in fewer and less severe injuries. The alternative is suffering injuries that are up to five times worse.

Reducing injuries is not the only clear benefit of wearing a seatbelt. If you are injured while belted up, medical costs are typically up to 60% less. Drivers and passengers who did not wear a seatbelt during a crash run the risk of being left with potentially crippling debt.

It is important to note that the benefits of wearing a seatbelt far outweigh any disadvantages, in most cases. However, there are instances where wearing a seatbelt can result in injuries that are unreasonable, even when the safety of wearing one is taken into account. If you are injured by a seatbelt, it may be the result of a manufacturer’s defect.

The seatbelt can cause a number of injuries, with the chest and abdomen being most at risk. Tears of the colon and diaphragm may occur during a crash. There is also a chance of suffering a fracture dislocation in the lumbar vertebrae. While these injuries can occur with a properly designed and tested seatbelt, it is worth consulting with an experienced personal injury lawyer to explore your options.

There is an argument that dangerous drivers are emboldened by the perceived safety afforded by seatbelts. These drivers put themselves and others at risk with their reckless behavior, believing that wearing a seatbelt is enough to mitigate any risks from injury if there is a collision.