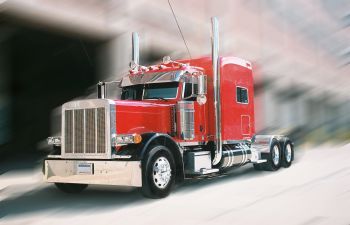 According to reports from The Telegraph, teen sisters were tragically killed when a black Lexus went through a stop sign into the path of a tractor-trailer. The accident occurred on April 3, 2022, at GA-15 and Fairmont Road in Hancock County.

Alana and Lauren McClain, ages 15 and 16, were killed when the 18-wheel flatbed lumber truck hit the passenger side of the Lexus, which was being driven by Rodney Warren, Jr., 18, from Milledgeville. The driver also suffered significant injuries as a result of the collision.

Both girls were sitting in the passenger side of the vehicle, which took the brunt of the collision. Officers were on the scene in fewer than ten minutes, where the driver was treated before being airlifted to Augusta University Medical Center.

Matthew MacDonald of Georgia State Patrol’s Specialized Collision Reconstruction Team (SCRT) was on the scene. The investigator confirmed that the older sister, Alana, was sitting in the front-seat passenger side of the Lexus. Her younger sister, Lauren, was sitting in the seat behind her sibling. The driver of the tractor-trailer did not suffer injuries.

There are several classifications of large vehicles which serve different purposes on our roads and in industry. However, what these vehicles have in common is their sheer size and weight compared to most cars. Therefore, it is important to understand the hazards you may encounter as a driver when sharing Atlanta roads with these behemoths.

Larger vehicles typically have more or larger blind spots than the average-sized car. For instance, the driver may not see you when driving alongside or behind a semi-truck. This makes passing a truck hazardous if safety recommendations are not followed.

Passing larger vehicles is further complicated because there are rules for each type of vehicle. For example, trucks will have side-view mirrors, whereas some heavy farm vehicles may not. Therefore, it is important to closely observe larger vehicles for blind spots before attempting to pass or perform other potentially invisible maneuvers.

Turning is a challenge for most large vehicles, so other drivers should provide plenty of space and time. Some large vehicles need to make wide turns, which may result in the driver appearing as though he is pulling over to the side of the road to let other vehicles pass. This is not always the case, so proceed with care in anticipation of the truck turning into a side road, gate, or exit.

Stopping time and distance is another challenge for trucks, construction vehicles, and agricultural equipment drivers. Give these vehicles plenty of time to stop or move over, depending on the situation. It is also worth noting that slow-moving vehicles (SMVs) cannot usually travel any faster than 25mph. This can result in car drivers failing to slow down when traveling behind an SMV, resulting in collisions.

Truck drivers can also make mistakes, lose concentration, or act negligently on Atlanta roads. Lack of sleep, driving for too many hours, and distracted driving are just some of the causes of truck drivers getting into accidents. Other factors include vehicle defects, lack of maintenance, or poorly loaded cargo.

In these instances, drivers of smaller vehicles may take all appropriate precautions and still get into an accident. Unfortunately, collisions involving large vehicles are more likely to result in significant injuries and fatalities.

If you have been in an Atlanta or Augusta accident involving a large vehicle such as a truck or agricultural equipment, reach out to the offices of Dwayne L. Brown today. We can provide a consultation and legal representation if you decide to pursue compensation.