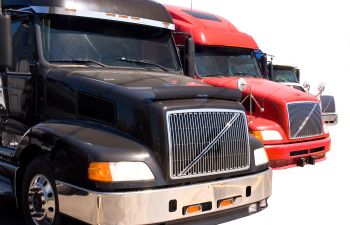 Getting in an accident can devastating, but if you’re in an auto accident with a big rig truck, it can be even more serious due to the size and possible speed of the truck. If you’ve been in an injury with a truck driver there will most likely be a drug or alcohol test administered to see if the accident could have occurred due to a driver who was drinking alcohol or taking drugs.

At the beginning of this year the Department of Transportation announced changes in the drug testing program. These changes became effective on January 1, 2018. In addition to that, President Trump declared a national opioid crisis.

Opioids are a class of drugs that are known for their pain relief. They are generally safe when prescribed by a doctor and taken according to the prescription. However, due to their potential euphoric effects, they can become an addiction. The new DOT testing program requires testing for Hydrocodone, Oxycodone, Hydromorphone, and Oxymorphone. According to The National Institute on Drug Abuse, “54 million people (more than 20 percent of those aged 12 and older) have used such medications for nonmedical reasons at least once in their lifetime.”

If you’ve been injured in a truck accident, contact the Law Office of Dwayne L. Brown. We care about you and we will work to diligently get you justice. Contact our Atlanta office to schedule your free consultation. We will work tirelessly for you and your family to get the compensation you are entitled to due to your injuries or loss.