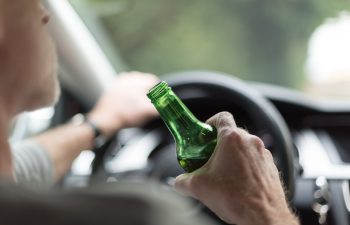 Robert Godhigh, a resident of Dallas, has been charged with vehicular homicide, DUI and improper passing after the death of Jermaine Wilkins. Godhigh was traveling southbound on Dallas Acworth Highway in a Hyundai Santa Fe when he attempted to pass the Ford Escape traveling in front of him. Wilkins, traveling northbound in a Ford Focus, was hit head on.

Wilkins, just 30 years old, was pronounced dead at the scene. Godhigh, also aged 30, was taken to a local hospital along with his passenger, both with serious injuries. Both the driver and passenger of the Escape were not injured in the accident that occurred at approximately 2:30 am on January 1st. Wilkins leaves behind a son, just 11 years old.

In 2020 and Cobb County alone, over 550 violations were issued for a first-offense DUI and nearly 70 for a second offense. That same year, almost a quarter of all fatalities on Georgia roadways were caused by alcohol-impaired driving. Many of these tragedies occur on major holidays associated with partying and heavy drinking. The most common are the 4th of July, the night before Thanksgiving, and, as in this case, New Years’ Eve.

What is Wrongful Death?

A wrongful death results from an intentional crime or an act of negligence. This could be due to a medical procedure or device, a defective product or a deliberate act of violence. However, one of the most common causes of wrongful death is driving under the influence of alcohol or drugs, leading to negligence. A wrongful death claim is a specific type of personal injury lawsuit.

Who Can File the Wrongful Death Claim?

While those at fault in a drunk driving-related death will likely face criminal charges, a wrongful death claim is a civil lawsuit filed separately. Typically, the spouse or children of the loved one will file the suit. In some cases, it is the parent or guardian. If none of these exist, the next closest kin or executor of the estate may legally file the suit.

What is “Full Value of the Life?”

When determining the punitive damages in a wrongful death claim, the court will consider the total value of the life. This is measured from the perspective of the person who wrongfully died. The court will reflect on tangible and intangible value, such as the wages they would have earned, the household tasks they would have contributed to, the worth of their diverse relationships and their many reasons for living.

Is There a Statute of Limitations?

Most wrongful death claims in the state of Georgia have a statute of limitations lasting two years. This means that you have two years from the date of the person’s death to file the claim under Georgia’s wrongful death law. However, there may be extenuating circumstances in which this length of time may be different. It is best to seek legal guidance about your case as soon as possible to avoid any potential delays and ensure you are well within the statute of limitations.

We understand that losing a loved one unexpectedly due to the negligence of another is a painful and challenging time for the family left behind. The shock of the event can lead to anger and frustration. Navigating the legal system while feeling such strong emotions can make this even more challenging. The experienced and understanding team at the Law Office of Dwayne L. Brown is ready to guide you through the wrongful death lawsuit process. To get started, request a free consultation online or by calling (404) 738-6000.