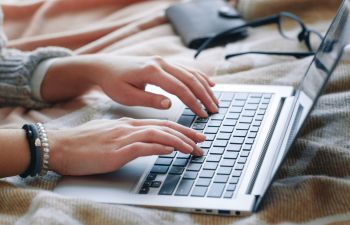 Have you been accused of technology crimes in Georgia or Alabama? It is important to seek legal representation right away as many cyber crimes may result in a lengthy sentence. The problem for a lot of defendants is that they don’t even understand the charges against them. The definition of technology crimes is constantly evolving and transcends international borders.

If technology is used in an illegal act, it may constitute a technology crime. Understanding what you are being accused of is important, as is seeking representation from a lawyer who has experience in areas related to technology crimes.

Internet fraud is an issue that the law takes very seriously. This category of technology crime covers a number of acts including phishing scams to capture a victim’s personal information for the purposes of committing fraud or other illegal acts. You may be accused of internet fraud if you fail to deliver merchandise, run a lottery scam, or offer fraudulent work-at-home opportunities.

The act of hacking is largely misunderstood by the general public. Contrary to popular belief, hacking does not only apply to taking over another person’s social media or email account. If you alter software in any way, it may be considered hacking. Copying or deleting data on a computer network that does not belong to you may also constitute hacking in the eyes of the law.

Identity theft is incredibly common on the internet. Accessing someone’s personal information and using it to engage in criminal activity is a form of identity theft. The most common examples include using social security and credit card details in a fraudulent manner.

Cyberstalking falls under the umbrella of “criminal stalking,” except the criminal acts of stalking and harassment occur in a digital rather than physical environment. If you are accused of cyberstalking, another person is alleging that you have followed, placed under surveillance or made contact with them with the intent to harass or intimidate them. This act may have broader scope depending on the specific details of your case.

Digital piracy involves the copying, selling or sharing of copyrighted media. The No Electronic Theft (NET) Act affords the owners of such materials protections, which means you may face criminal charges if you commit acts that violate the law. You may not have been aware that you were committing a criminal offense; however, “Ignorantia legis neminem excusat” is a legal maxim that states, “ignorance of the law is not an excuse.” It is better to seek representation from a knowledgeable lawyer if you are accused of digital piracy.

A lawyer who has represented defendants in technology crimes will tailor the defense to the specific allegations. Technology crimes are often complicated and you will need a lawyer who understands related laws and statutes. A technology crimes lawyer in Atlanta may be able to develop a strategy that results in the reduction of charges or you being found not guilty of the crimes you are alleged to have committed.

Call the Law Office of Dwayne L. Brown today if you need representation from a lawyer who will fight to see you exonerated of technology crimes. We will use our experience from past criminal cases to provide representation to help you achieve a successful outcome.